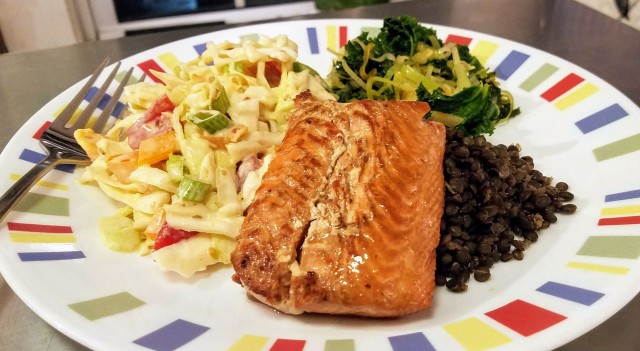 In follow up to the Miso-Wasabi Coleslaw recipe from Saturday, here is the rest of the plate – Soy-Marinated Salmon with Black Lentils and Sauteed Kale. The inspiration was the same – cleaning out the fridge. In this case, I used a bunch of fridge ingredients in the marinade and the kale, and added black lentils from the pantry for heft.

Read my miso-wasabi coleslaw post about how I try to tackle food waste in my own life.

This was pretty meh. I don’t think the marinade imparted that much flavor to the salmon (maybe I should have added extra salt?) and the kale was too spicy.